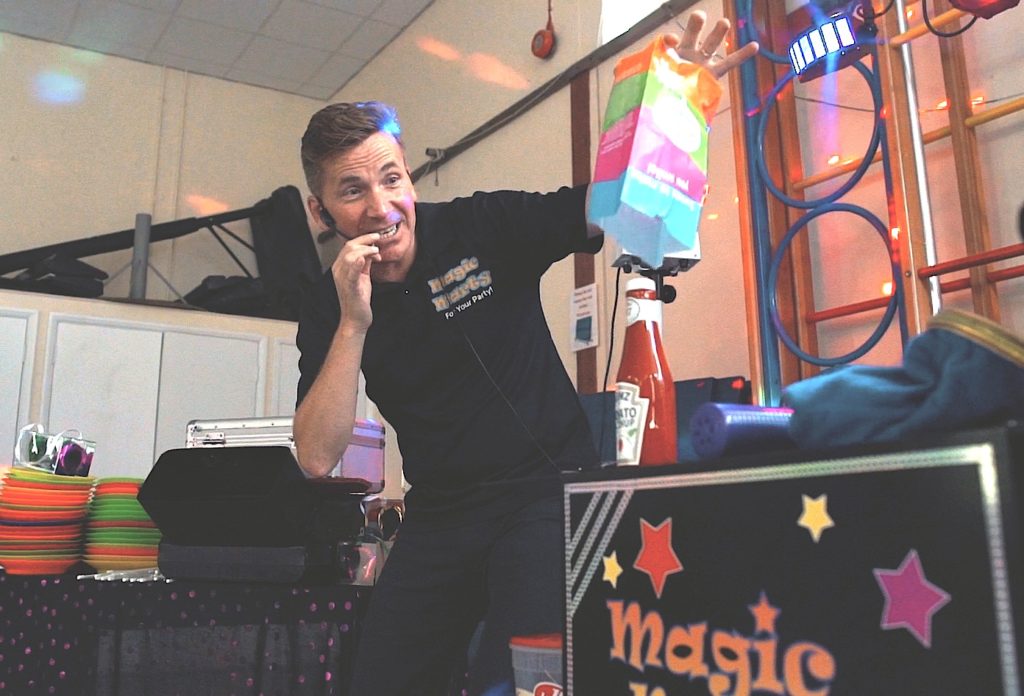 Marty will arrive 30 minutes before your show to set up and prepare.

All 2 Hour packages start with a 1-hour jam packed super sensational show. Marty then slowly and calmly marches the children over to their eating area. Music is played in the background to bring the energy down.

Marty then gets ready for round 2.

After the children have been enjoying their party food for around 15/20 mins he will make an announcement saying “5 mins to go before the birthday cake” This is the perfect time for the children to finish off their food and drinks etc.

As you bring out the lit birthday cake, Marty plays the Happy Birthday song and gets everyone singing together…candles are blown out and 3 big Hip Hip Hoorays. The children then rejoin the show for more music, and super size bubble catching, The Jungle Party Game and the Spinning Plate Workshop.
This gives you plenty of time to cut the cake and pop it into their party bags etc.

Parents arrive to pick up their children and Marty thanks everyone for coming. A huge special thank you to you and your birthday child for such a wonderful party.

The children receive a complimentary lollipop to take home and of course their incredible magical memories that will last forever.

Perfect for when you only want an hour.
Duration: 1 Hour - Suitables for ages 3-7
Enquire Today!

Perfect for when you only want an hour.
Duration: 1 Hour - Suitables for ages 3-7
Enquire Today!

Just add it on to your party package, more magical fun!
Watch Now!

Get in touch for more information

Ready To Book Your Party?

Simply The Best Party In Town!